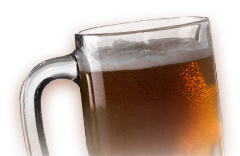 About the Draught House

The Fotiadis family, a trio of siblings, introduced the Draught House Bar & Grill to the town of West Boylston in the summer of 2013. Savvas, Katerina, and Tony have been successfully managing and running the Manor restaurant, pub, and banquet facility since 1997, yet were determined to continue and improve upon their space. Naming it the Draught House Bar & Grill, the siblings hoped to create a place for their customers to enjoy a cold beer on tap, catch up on the news, watch the big sports game, or join their friends for a night of pool, darts, and music.

Respecting the history of the type of establishment they created, the Fotiadis family chose to include the word draught in the title of their Bar & Grill. Although the pronunciation may appear otherwise, the word ‘draught’ is to be pronounced ‘draft’, such as when beer is served from a keg.

In fact, the word draft comes from draught, originating in England in the late 1700’s, when Joseph Bramah invented the beer engine, where beer was served directly from the barrel and carried to the customer. The old English word for carry was called dragen, which then developed into a series of related words, including drag, draw, and draught. The word draught is then not meant to confuse the customer, but to pay homage to the history of beer and the transformation of how we drink it today; and that is what the Draught House Bar & Grill is all about.